Jersey knit is not a fabric, it is actually a way of knitting fabric threads together. It is a type of knitting pattern called plain knit, single knit or weft-knit. It is commonly used in t-shirts, but is also used for bed sheets and bedding. It has some distinct qualities that make it different from most other bed sheet types. Some people love jersey Knit sheets. Read on to find out why.

The jersey knit was originally used to knit wool together. The name comes from the island of Jersey, between England and France. this is the location where the material and knit originated from. It has a matte appearance and a textured underside. 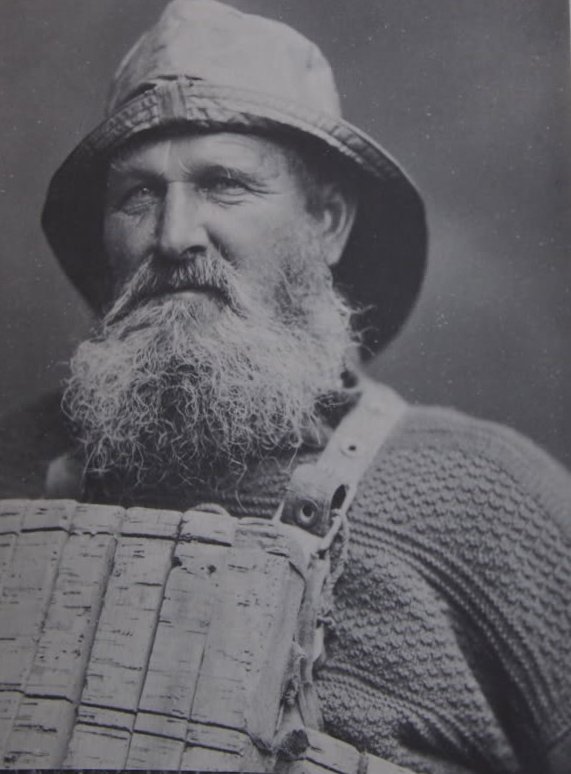 The original jersey knit was used by fisherman. They used wool because of its ability to keep warmth, even when wet. The jersey knit was practical to produce, and different villages were known for specific jersey patterns. To see which patterns came form which village, see Patterns for Guernseys, jerseys, and Arans by Gladys Thompson. These fishing sweaters came to be called jerseys. This is where name for a sports jersey originated.

Other than a few select industries, such as fishing, the jersey knit did not gain much popularity. Beyond sweaters it was mainly used as the knit for making men's underwear.

It was not until 1910, when Coco Chanel opened her first store in Paris that the jersey knit began to become more popular. Up until that time, women's clothing was meant to look rich and luxurious. Most women clothing was elaborate and made of silks and satins. Due to her need to save money and also her desire to create a more practical line of women's clothing, Chanel used the plain jersey knit.

The use of the jersey knit became even more popular as The First World War broke out and resources became scarce. Chanel helped change women's clothing into something more practical. With her influence, women's fashion stopped focusing so much on status and began to take a more comfortable and functional approach.

What Are Jersey Sheets

Jersey sheets are cotton bedsheets woven in a jersey pattern. You are likely most familiar with the jersey knit through t-shirts. Think of taking the same material and knit that a t-shirt is made from, and making bedsheets out of that. What you would end up with is a jersey knit sheet.

Jersey sheets have all the benefits of cotton t-shirts and are popular for the same reasons. These include:

Basically, think of t-shirts. You are getting all the good things that make t-shirts so popular. Like t-shirts, jersey sheets come soft and ready to be used. They are affordable because they are cheap to produce and cotton is a widely available material. You can find jersey sheets in many colors and patterns and they are just as easy to clean as a t-shirt; just throw the sheets in the washing machine.

When you go to a nice dinner, you do not show up in a t-shirt. Like a t-shirt, there are some reasons to avoid jersey knit sheets.

The first and most obvious thing to note about jersey knit is that it is not luxurious. It never was. That's what made Chanel such a revolutionary designer. She used a knit that was un-luxurious at a time when other designers imitated luxury. You will not impress a girl with your jersey sheets.

Also, like with t-shirts, jersey sheets wear out over time. They stretch out and the material pills over time. Eventually a jersey sheet will get ragged and will need to be replaced, but that is largely true to all bed sheets.

Other Types Of Cotton Sheet Weave

Another common cotton weave is sateen. This is also different than the jersey knit. This satin weave produces a very soft and smooth feel, but results in a less durable product.

Jersey knit sheets are great for a lot of people. They are especially great for college students, kids and babies. I would recommend jersey sheets to anyone who enjoys wearing t-shirts. We did the research and found that these are the best jersey knit sheets. 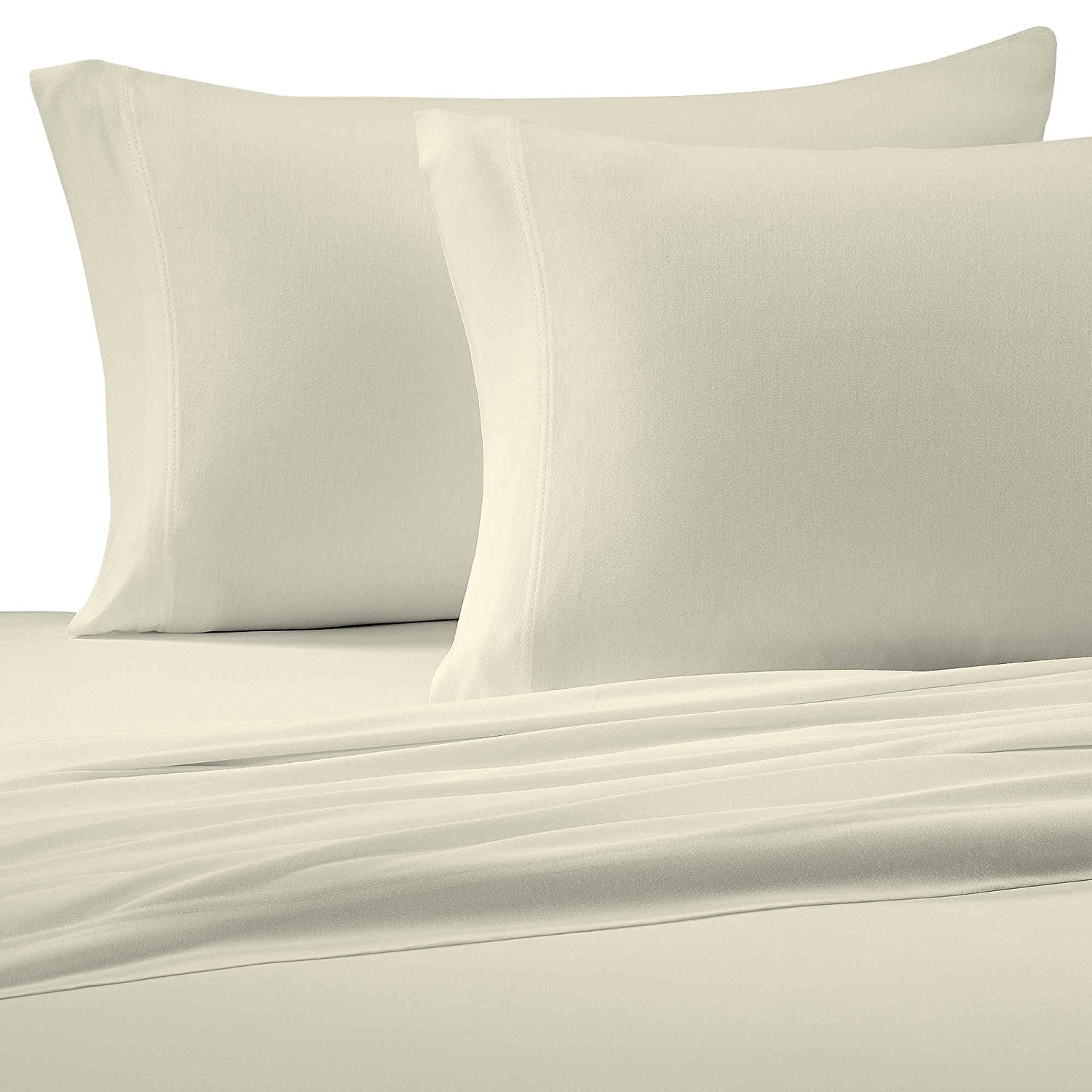 This is an affordable, good quality 100% cotton jersey sheet set. It comes in a variety of colors and includes two pillow cases. It's soft, easy to care for and uses high quality cotton.

Brielle has over 60 years experience and is a company you can trust.

This sheet set is exactly what you should expect from a jersey sheet set. It's got all the characteristics of a quality t-shirt. 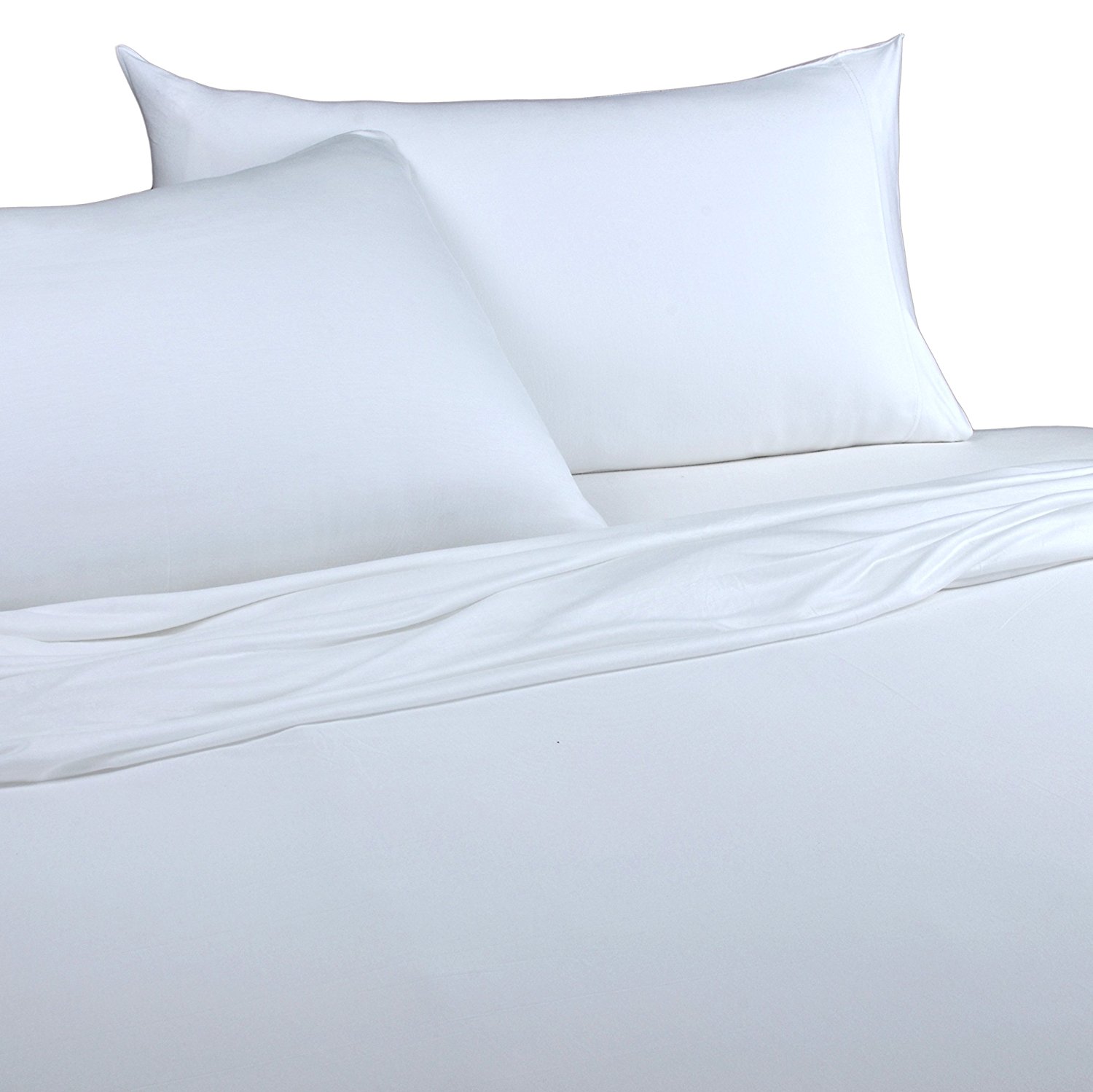 This is another jersey knit sheet set from Brielle. The difference is that instead of using cotton, this sheet set uses modal. Modal is made from beech trees. The process for making modal martial is similar to making rayon from bamboo. This sheet set is 100% modal.

Like cotton, modal is a natural material and is totally sustainable. The differences between cotton and modal is that modal does not pill the way cotton does and is more water absorbent than cotton.

Like cotton, modal can be woven in different ways. This jersey knit gives you the same t-shirt feel that cotton jersey knit sheets do. Basically, you get all the benefits of a cotton jersey sheet, but with a material that does not pill and is better at absorbing water.

The only negative aspect of modal as compared to cotton is the price. Though not outrageous, the modal jersey knit sheet set is more expensive than its cotton counterpart. 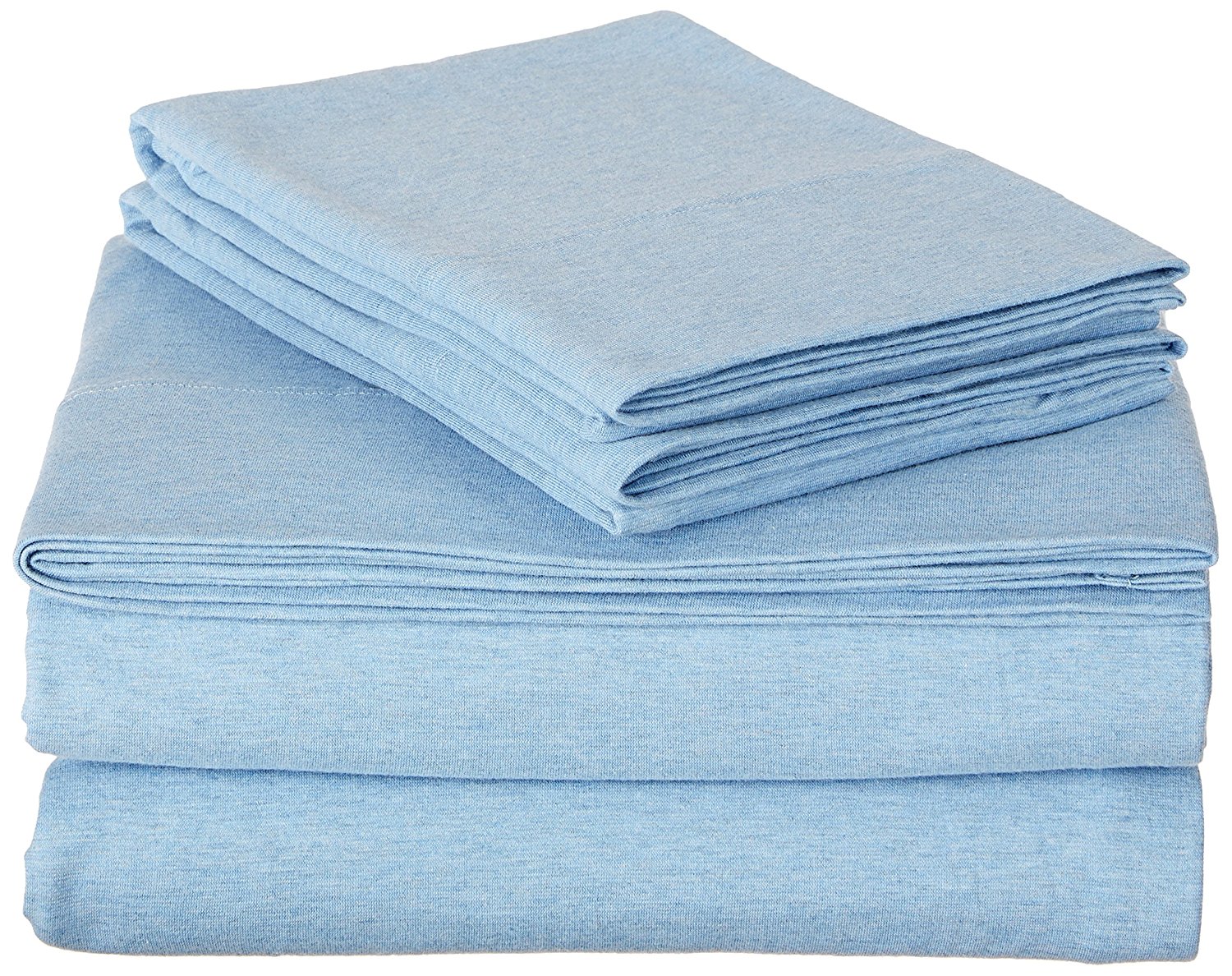 This is Amazon's version of a 100% cotton jersey sheet set. Amazon has begun to compete with its sellers by offering its own version of popular products. Often Amazon will go directly to the same manufacturer as the existing product.

While Amazon does not have the years of experience as does Brielle, they do a good job of producing affordable, quality products under their AmazonBasics line. Amazon also has a really good return policy, so if you are unsatisfied with this sheet set, you can easily return it. No need to go through a third party or anything like that.

There are good cotton jersey sheets. I would personally go with Brielle just because they have been producing bedsheets for so much longer than Amazon.